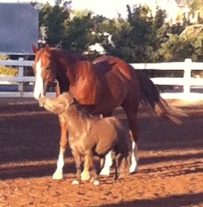 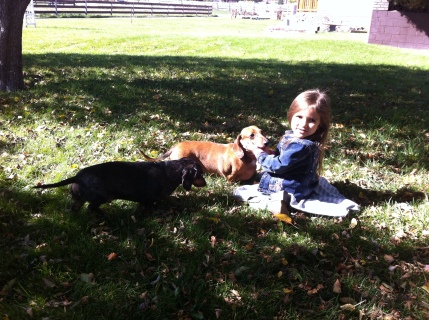 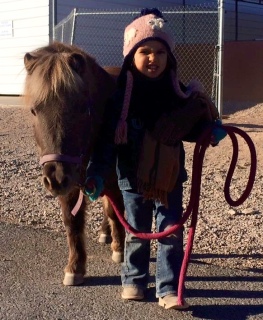 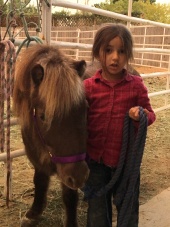 Logo Coloring Contest!  Winner in each category is eligible to receive a free riding lesson (age/weight/other restrictions may apply). Categories are: Kids (under 14) and Not Kids (15+).

I printed out some black and white copies of our logo to try some different color combinations. My 5yo daughter promptly stole my print-outs and colored them herself. So why not let other kids (and, come on, let’s be honest — adults) print it out and color it too?

Print out the attached picture, give it some technicolor, write your name and contact info at the bottom, and mail it to us. Or for you fancy, high-tech, digital types, use a photo-editing app and then email us the result! For the wizarding types, messenger owls also accepted. Contest ends Nov. 30th, 2017 at midnight. Winners will be chosen by me and the 5yo, and notified first week of December. 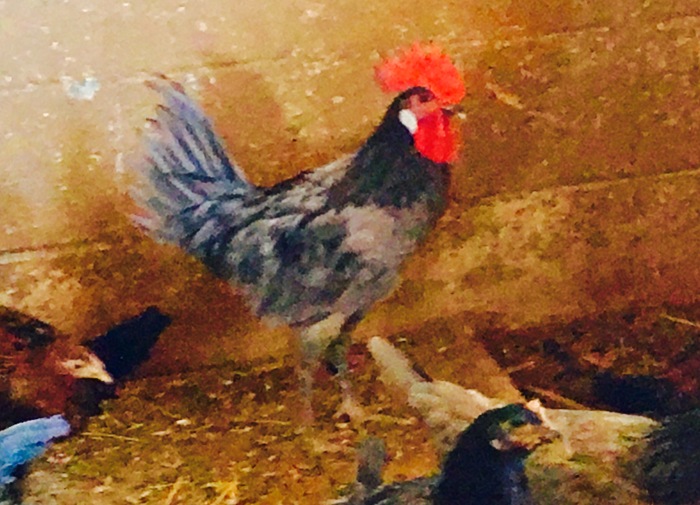 Chauntecleer, I do declare!  Yesterday was the second day of free-ranging the chickens during the day. We converted a stall in the barn into a large coop, but the chickies are nearly fully grown and need some space and more greens and sunlight, so it was time to fly the coop.

The first morning I let them out, it took them the entire day to venture out the door and then they only went to the stalls on the other side of the barn (Dakota and Looker were especially fascinated). It’s a big scary world out there!  But caution is good. Caution will keep them alive and safe from predators such as neighbor dogs, coyotes, hawks, owls, and so on.

Day 2 they roamed a little farther. And then they didn’t know how to get back to the coop when it was time to roost at night.

Enter the Chicken Keeper/Riding Instructor (me!). Half the hens and the red Hamburg rooster were sleeping IN and on the trash can. They were sleepy and slow so I easily caught them and showed them where they should roost – the beautiful new 7 foot tall luxury roost we just built for them in their coop!  The other hens were following the Blue Andalusian rooster, henceforth and hereafter dubbed Chauntecleer after the rooster in Chaucer’s Canterbury Tales.

Our Chauntecleer is beautiful — silver blue in color with an enormous, bright red comb crowning his small head, a large white spot on either cheek, impressive red wattles under his chin, and long shiny tail feathers. The color combination is striking.

He’s also as cocky and full of himself as his namesake.  He struts, he extends his full body to crow (all day and half the night), he torments the hens a bit. He does his best to keep them safe though, putting himself between the hens and perceived threats such as the weeny dogs, Cooper and Jimmy Dean. Oh, and me.

So it’s 9pm, and I’m in the barn trying to gently guide Chauntecleer into the roost. He gets spooked and runs off around the corner, his legs sliding out from under him on the turn. He picks himself up but leaves his dignity on the floor. He flees into the night. The hens are less flighty and I herd them into the coop.

Then follows another hour of attempting to catch that @$&**#%^^*# rooster.

He runs into the arena. I shush him back towards the open coop door. He runs into the hay shed. I shoo him out. He runs everywhere except into the coop. I lose track of him. I find him — asleep — in the long grass and decorative boulders by the gate. I almost catch him but am left with only a couple of those shiny tail feathers and some big scratches on my arm from the boulder.  I admit I was a bit hesitant to grab him because sometimes chickens peck and scratch. Our dear Chauntecleer did neither. His only aim was to flee my clutches.

I considered leaving him out and letting him get eaten by coyotes. I considered this multiple times. I’m still considering it. But instead I got a flashlight and enlisted some help to block the barn aisle so I wouldn’t have to chase him back and forth on the entire property. 15 minutes later, I cornered him and snatched him up. I’m ashamed to say I crowed, delightedly. I held him upside down by the legs so he couldn’t scratch me, his noble head swinging with my every step.  I put him in the coop, on the roost, right side up.

I swear, the sleepy hens rolled their eyes at him.